The tecno android smart tablet now has a big challenge

How to Get Free Phone – SOLO ASPIRE M, Plus Features and Specifications

Another massive giveaway is here as Airtel Nigeria had gone

Today saw another launch of flagship device from TECNO Mobile,

I came across the Gionee E7 Elife mobile phone today, i could not believe that such a high ended smartphone was made by Gionee mobile until i saw the Gionee E7 boldly written on the device.
From various tests carried on this smartphone I can say gladly that Gionee E7 Elife has more power and functions than any Tecno, infinix mobile phone currently in the market.
The Gionee E7 Elife mobile phone is running on Google android operating system Android 4.2.2 Jelly bean, 2.5 GHz quad core Krait 400 CPU, large display of 5.5 inches touchscreen with a 16MP HDR camera with LED flash.  The Gionee E7 android phone is having dual camera of 16 mega pixels rear camera with flash and 8 mega pixels front facing camera for video calling.


The Gionee E7 comes with 4G LTE network and 5.5 inch Gorilla Glass 3, multi-touch touchscreen with 16,000,000 colors and pixel density of 401ppi, the mobile device is perfect when compared with the likes of tecno, infinix and opsson but the fact still remains that Samsung is still the major provider of smartphones in terms of power, camera quality, kernal version, android OS update, custom roms. But the good work Gionee is doing, they may overtake Samsung in shortest possible time.
The smart phone will be up for sale by December 5th in all stores nationwide, Gionee E7 has an Aluminium cover and comes in three colors Black,White, Pink and Yellow. 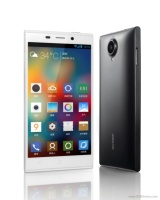 Instagram just rolled out latest feature that may likely increase

Wiko Sunny mobile phone is a simple but classic designed

With the way this company are shooting out new phones,