List of nigerian online shopping sites you can Trust

The eCommerce sector is really growing, as the number of Nigerian online

Just in, see First Pictures of The Infinix Note 2

Here are some few shots of the awaiting Infinix note

We bring to you the hottest tweak for Jan 2014

by Charles
Share On FacebookShare On TwitterSubscribePinterest
The smartphone marker has added a new upgrade to one of its finniest products known as the Lenovo vibe z2 pro.  The android powered mobile device Lenovo vibe z2 pro running on Google mobile operating system Android 4.4 KitKat, with a large smart touch screen 6.0 inches, 1440x 2560pixels, 2.5GHz quad core processor, and primary camera of 16MP with LED flash.
The Lenovo vibe z2 pro smartphone is designed with a dual camera of 16MP with flash and 5.0MP pixels front facing camera optimized for video calls filming at Full High Definition Video quality.
The smart device Lenovo vibe z2 pro has also an inbuilt  face and smile detection technology, by which the user can decide to lock the smartphone by enabling the mobile phone to detect his face. Lenovo vibe z2 pro android powered smartphone also has an internal storage of 16GB and 3GB of RAM and 2.5Ghz Qualcomm Snapdragon 800 processor . The mobile phone comes in several amazing colors which include White,silver,Gray,yellow and Black. 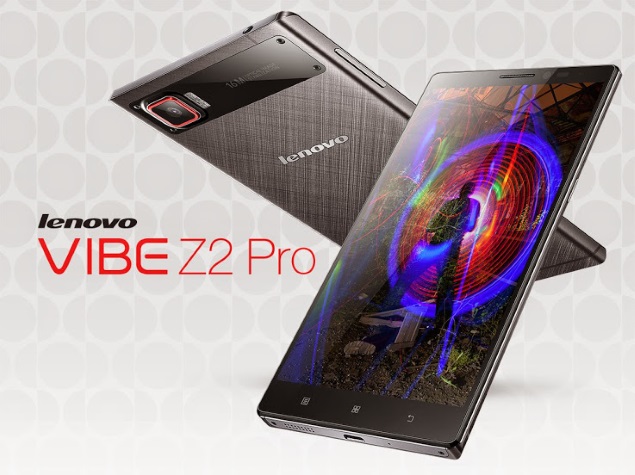 The current price range of Lenovo vibe z2 pro in Nigeria ranges from  N55,000 – 65,000N depending on your location
Next post Previous post

The Micromax Canvas Xpress 2 android powered mobile phone is a